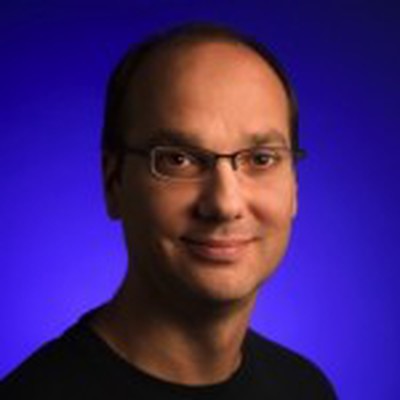 FOSS Patents reports on an interesting twist in Apple's case against HTC currently underway with the U.S. International Trade Commission. According to a recently-filed brief, Apple claims that a key patent for a "real-time signal processing" API which HTC is accused of infringing in its Android devices was developed by a team of Apple engineers, of which Android co-founder and current Google executive Andy Rubin was a member.

While the revelation is not directly relevant to Apple's case against HTC , the claim is provided primarily to bolster Apple's case that HTC has not been entirely truthful in presenting its case by omitting discussion of Rubin's time at Apple. According to Apple, Rubin was a "low-level engineer" at Apple reporting directly to the inventors of the patent in question at the time the invention. Apple suggests that Android's alleged infringing framework was the result of "Mr. Rubin's inspiration" from that work at Apple. From the legal brief:

Android and Mr. Rubin's relevant background does not start, as HTC would like the Commission to believe, with his work at General Magic or Danger in the mid-1990s. In reality, as the evidence revealed at the hearing, Mr. Rubin began his career at Apple in the early 1990s and worked as a low-level engineer specifically reporting to the inventors of the '263 [realtime API] patent at the exact time their invention was being conceived and developed. [...] It is thus no wonder that the infringing Android platform used the claimed subsystem approach of the '263 patent that allows for flexibility of design and enables the platform to be "highly customizable and expandable" as HTC touts. [...] While Mr. Rubin's inspiration for the Android framework may not be directly relevant to the pending petitions for review, that HTC felt compelled to distort this history is illustrative of the liberties it takes in attacking the ALJ's [initial determination] and the substantial evidence supporting the ALJ's findings.

Apple is of course not claiming that the entire basis of Android was actually developed at Apple, but its assertion that Rubin may have utilized some of Apple's work within Android could be problematic for Google should Apple decide to press a case directly against Google.

Rubin's behavior has already been called into question in a separate case brought by Oracle over the use of Java in Android. In that case, evidence in the form of an email written by Rubin in which he suggested that Google could use Java within Android without permission from Sun (now a part Oracle) has been introduced, leading to accusations of "willful infringement" against Rubin and Google. It seems that Apple may be at least planting the seed that Rubin could have engaged in similar activity dating back to his time at Apple twenty years ago.

SiMBa37
Any one else tired of Andy Rubin's perpetual smirk in all of his pics? Its like he knows some inside secret that he's not willing to share.
Score: 12 Votes (Like | Disagree)

whats Apple going to say next?


Since Apple invented cool technology, anything really cool belongs to them.
Score: 10 Votes (Like | Disagree)

neiltc13
And the notifications system in iOS5 is clearly "inspired" by Android. What's new?
Score: 10 Votes (Like | Disagree)

Did it have push notifications?

When people refer to iOS's notification system, they are referring to the drop down notification bar available since Android 1.0 was launched on the G1. 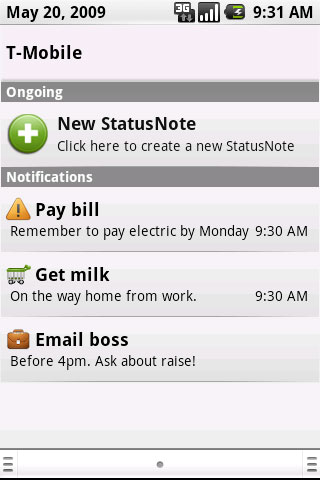 Which Cydia modification added the drop down notification bar to iPhone OS prior to the G1's release in 2008?
Score: 8 Votes (Like | Disagree)

Yes, ALL of Android derives from what Rubin saw about the 263 patent at Apple.

Apple isn't claiming to have invented android or rubin got all his inspiration from this patent. What the are doing is pointing out that HTC lied about Rubin and legally that weakens all of their arguments because if they lied about something as small as that, why wouldn't they lie about big stuff?
Score: 8 Votes (Like | Disagree)

And the notifications system in iOS5 is clearly "inspired" by Android. What's new?

For god's sake... there are only so many ways a thumb and finger can interact with a 3.5" screen.
Score: 8 Votes (Like | Disagree)
Read All Comments