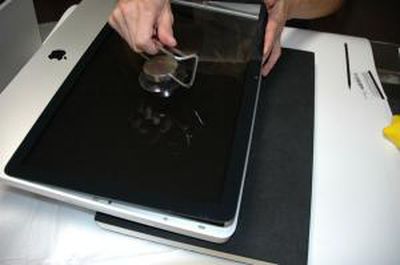 Meanwhile, Gizmodo has posted some first impressions about the new iMac. Some highlights are provided:

- The keyboard cable is just high enough that it won't bump into the metal base of the iMac if you push them together on your desk.
- The iMac's aluminum chassis is stamped from a single piece of aluminum.
- The speakers are on the bottom, pointing down at the desk, where the sound bounces off nicely. (They're loud.)
- Can't wall mount the 20". The 24" has an optional VESA mount.
- Screen is extremely glossy

MacRumors readers are discussing the iMac in our iMac forum.