An unusual story has popped up on MobileGuerilla claiming to have found the first photos from an Apple iPhone on the web.

The search method seemed rather primitive... they simply searched for "taken with an Apple iPhone" on Google and found a set of Flickr images (now removed) tagged with the phrase. The phrase is automatically generated by Flickr based on the EXIF data from the camera itself.

Now, this is certainly not proof that the images were necessarily taken by an Apple iPhone since EXIF information is easily editable. The images where then set to private and then deleted from the Flickr account. Again, this alone would not be particularly convincing, however, based on publicly available evidence, it's clear that the photos came from someone in the position to have access to an iPhone.

As a result, it appears very likely the photos are authentic. (click images for larger versions, original size of 2nd photo not available) 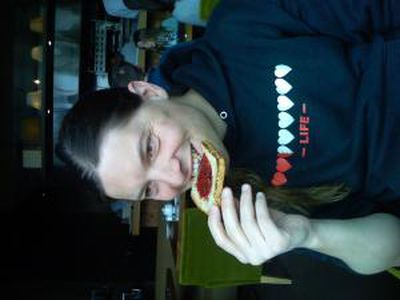 Interesting EXIF info (submitted by Bill Baron) from one of the original images:

So, the Apple iPhone does appear to encode orientation information (landscape or portrait) into photos based on whether or not the phone is held vertically or horizontally.