Apple Pay Support for Coinbase Card Appears to Be Getting Closer

Popular cryptocurrency platform Coinbase appears to be working to make its Visa Debit Card, Coinbase Card, compatible with Apple Pay for purchases in stores, in apps, and online. 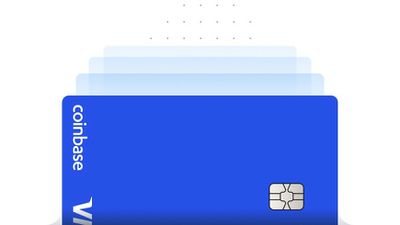 MacRumors has discovered evidence of upcoming ‌Apple Pay‌ support for Coinbase Card in the Coinbase app code in the form of a recently added image asset called "CardGoogleApplePay."

Coinbase has been in the news recently thanks to its IPO on April 14 which valued the company at over $80 billion at launch. Interest in the IPO resulted in Coinbase iOS app downloads spiking to over 386,000 downloads on April 19, more than double the number of typical daily downloads.

Another one? I have yet to meet anyone who can explain what this crypto money is. Who runs its, who creates this digital money? Is it as safe as that Turkish crypto currency that collapsed a few days ago. I get paid in numbers into my bank account been like that for 25 plus years. I pay my bills, credit cards etc the same way. Don't we have crypto currency already? I use my Apple Pay for 99% of all purchases now. Who are these people behind crypto money? They seem more shady than the NSA, FBI or getting a day pass to Area 51.

There is google you know ;) Most crypto projects can be seen as software projects. It usually isn't difficult to look up who runs particular ones. In fact if you can't find that out, maybe it's a good idea to avoid that one (as it would be for software).
Score: 6 Votes (Like | Disagree)

Harmonious Zen
Man, the amount of misinformation on here makes it astoundingly clear just how early in the game we are for crypto in general. And this is on a site where people are relatively tech savvy.

Braderunner
If this becomes a reality...I'll still have no idea what it means.
Score: 4 Votes (Like | Disagree)

Cryptocurrency is extremely environmentally unfriendly. It serves no purpose other than for the ones who have money to make (more) money. And as oppose to say gold, you have nothing in your hands other than some digital crap, unlike eg US$ which is government backed as almost all currencies

Isn’t it weird government is not looking into this but wants people to stop buying gas engine cars in the future? Bitcoin mining has huge impact on the environment.
Score: 4 Votes (Like | Disagree)

Forgot to add, whenever I ask someone to explain it to me, they say don't you know, look it up, go on Google. I hate it when people pretend to know a subject, but when asked to explain it they can't. 100% of the world understands the currency of their own country, and how to get foreign money. But crypto money, very few people understand it or can explain it. Until Governments around the world make the effort to explain it or develop their own version, or even companies like Apple, Microshaft, or Googly develop their own, crypto will be a word, that is not understood by 99.9% of the population. Even Banks or Bank staff can't explain it. So why haven't they developed one?

Maybe you should just finally go on YouTube and type in “how does bitcoin work” instead of airing out your ridiculous grievances on MacRumors. I can explain it very well. I just do not feel like putting it in a massive post only for you to probably get combative on some other tangential point afterward. I recommend the 3Blue1Brown video if you want a technical understanding. For the basics, I mean literally, you have thousands of options. The big issue here is that you don’t want to know how it works because you’re duped by the fiat mind into thinking that your dollar stays the same over time. There’s a currency market; there’s a crypto market. The volatility in the crypto market can be curbed through stablecoins (several are even gold-backed—can you say that about the debt-backed paper you hold?). Additionally, the nature of cryptocurrency is that it is an emerging currency in a pre-regulation environment. Regulation will simply not work the same as it has, but spending might not change much at all. For now, it’s an unregulated investment. Those invested do not believe it will be this way for much longer. I’m not gonna break the whole massive subject down further than this. If you want to know how Bitcoin is formed, its origins, the fears, the limitations, the advantages, look it up and stop trying to moan your way out of it.
Score: 4 Votes (Like | Disagree)

jz0309
Cryptocurrency is extremely environmentally unfriendly. It serves no purpose other than for the ones who have money to make (more) money. And as oppose to say gold, you have nothing in your hands other than some digital crap, unlike eg US$ which is government backed as almost all currencies
Score: 3 Votes (Like | Disagree)
Read All Comments