Apple today made a small change to the way Apple IDs work, and for the first time, Apple customers who have an Apple ID that uses a third-party email address can update that Apple ID to use an Apple @icloud.com, @me.com, or @mac.com email address. 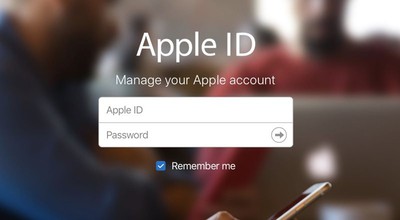 The change was outlined by MacRumors reader Dillon, who sent an email to several executives earlier this month asking for the problem to be changed. Dillon was contacted by Apple Executive Relations last week and was told Apple's engineering team would look into the problem. He received a second phone call today, letting him know the issue had been fixed. From Dillon:

For a long time if you had an Apple ID that used a 3rd party email address as your Apple ID you were unable to change it to an Apple email address... even if the Apple address was on the same account.

I couple of weeks ago I sent an email addressed to Tim Cook, Craig Federighi, Phil Schiller, and Eddy Cue. I explained the situation and asked if they could fix it. Last week I received an email and phone call from someone at Apple Executive Relations. The women I spoke to told me that the problem would be sent to an engineering team and would be addressed. Today I got another call and email informing me that the issue had been resolved.

I tried it out and sure enough... I can finally set my Apple email as my Apple ID!

Apple's "Change Your Apple ID" support document was today updated to reflect the updates made to the Apple ID, and it now includes a section confirming a third-party email address can be changed to an @icloud.com, @me.com, or @mac.com email address.

This should be a welcome change for all Apple customers who have wanted to change their Apple ID addresses to an official Apple email address. Those who want to go ahead and swap should read Apple's support document and follow all of the steps, which include signing out of all iOS devices before making the change.

staticoranges
If only they would let us merge two accounts for those of us who created a second account in order to move away from our 3rd party email address...
Score: 46 Votes (Like | Disagree)

Who actually uses the Apple domain email address? I doubt many do.

ActionJacksonHern
So... if I have a feature request for Apple that I REALLY want fixed or added, I just send an email to Tim Cook, Craig Federighi, Phil Schiller, and Eddy Cue? And it will be changed within a couple weeks? Okay. :)
Score: 29 Votes (Like | Disagree)

But when I first started it was with an iPhone, and back then I used a @ gmail account. My the time I changed over to (MobileMe) iCloud, I’ve bought to much, so I did not want to rebuy everything.

So now I have one iCloud account, that obviously is @ icloud, and five other on my family sharing plan, and one @ gmail account that only used in iTunes and AppStore.

So will this solve my problem, and give me the possibility to transfer all my bought items over to @ icloud And will it in any other way affect my @ icloud account?

Any helpful response is much appreciated!
Score: 15 Votes (Like | Disagree)

But when I first started it was with an iPhone, and back then I used a @ gmail account. My the time I changed over to (MobileMe) iCloud, I’ve bought to much, so I did not want to rebuy everything.

So now I have one iCloud account, that obviously is @ icloud, and five other on my family sharing plan, and one @ gmail account that only used in iTunes and AppStore.

So will this solve my problem, and give me the possibility to transfer all my bought items over to @ icloud And will it in any other way affect my @ icloud account?

Any helpful response is much appreciated!

Exactly what I want to know, I am in the same position (albeit with a yahoo e-mail addr). iTunes/AppStore purchase through this Apple ID. I also have a [USER=232]@me[/USER]/iCloud Apple ID (which I use for everything else) which I would want these purchased/iTunes Match etc. to all go through....
Score: 14 Votes (Like | Disagree)

Dekema2
And to think that I literally just posted about this yesterday. Goodbye Google.

I only use iCloud for email now, but cannot fully cut ties with Gmail because the primary Apple ID I have is tied to my old Gmail account. Has this quandary been solved yet?

Friday July 10, 2020 11:12 am PDT by Juli Clover
Apple this month published a support document that warns customers against closing their Mac notebooks with a cover over the camera as it can lead to display damage. Image via Reddit Apple says that the clearance between the display and the keyboard is designed to very tight tolerances, which can be problematic. Covering the camera can also cause issues with automatic brightness and True Tone....
Read Full Article • 215 comments

Tuesday July 7, 2020 4:00 am PDT by Tim Hardwick
macOS 11 Big Sur is the next major release of Apple's operating system for Mac, and following its preview at WWDC, one of the biggest discussions has revolved around the all-new user interface redesign. Developers are still learning what the impact the new UI will have on their apps, and with that in mind, app designer Andrew Denty has compiled an extensive visual comparison of the user...
Read Full Article • 160 comments

Friday July 10, 2020 2:58 am PDT by Tim Hardwick
At last month's WWDC, Apple officially announced that its Mac computers will be transitioned from Intel x86 to homegrown Apple Silicon chips. Apple said it plans to deliver the first Apple Silicon Mac by the end of the year and complete the transition in about two years. According to Apple analyst Ming-Chi Kuo, a 13.3-inch MacBook Pro with a form factor similar to the current 13.3-inch...
Read Full Article • 145 comments