Apple yesterday updated its investor relations page to note that it will announce its earnings for the second fiscal quarter (first calendar quarter) of 2013 on Tuesday, April 23. The earnings release typically occurs just after 4:30 PM Eastern Time following the close of regular stock trading, and the conference call is scheduled to follow at 5:00 PM Eastern / 2:00 PM Pacific.

MacRumors will provide running coverage of the earnings release and conference call.

The release will provide a look into the strength of iPhone 5 and iPad mini sales into their second quarter of availability amid reports of weakening sales at the company. Apple's stock has taken a bit of a beating in recent months with Goldman Sachs dropping AAPL from its 'conviction list' and continuing concerns about Apple's ability to innovate without Steve Jobs. Apple's stock is off nearly 15% since last quarter's earnings call.

Apple reported strong results three months ago with iPhone and iPad sales both up significantly year over year.

Last quarter Apple changed how it provides guidance, choosing to offer a range of guidance for what the company believes it can achieve, rather than a point prediction. Apple provided guidance for the second quarter of fiscal 2013 for revenue of between $41 and $43 billion and gross margin between 37.5% and 38.5%. 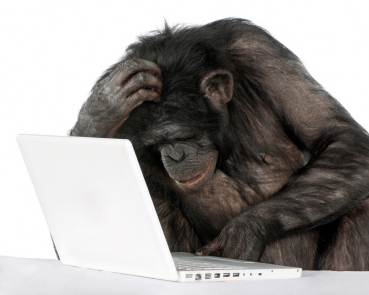 Newton70
Apple called the "JC Penney of tech" this morning by Jim Cramer. I'm sure Tim Cook will issue an apology shortly.
Score: 6 Votes (Like | Disagree)

topmounter
A day in the life of Apple's current executive management team... Count our money... File lawsuits... and if there is any time left over for developing innovative news products... ah screw it, that can wait.
Score: 5 Votes (Like | Disagree)

Tankmaze
you know what would be great ? that apple report another record breaking quarter and the stock would drop again. :rolleyes:
Score: 5 Votes (Like | Disagree)

It's been almost 6 months since the last Apple product event (Oct. 16th), they need to announce something new soon!


This is a bigger deal than people think. Apple makes better gear than, say, Samsung... but when Apple goes long enough without putting anyone in the batter's box, even Samsung's blatant gimmickry is capable of manufacturing enough runs to build a lead.

- Where's the Mac Pro we were promised? (The "something great" Cook promised that was clarified to Pogue as a new Pro)
- Where's the new-iMac-style ATD refresh with USB3 ports in it?
- I know all the iDevices are only 6 months old, but an annual refresh is a tough row to hoe in the mobile world right now, so if Apple wants to stick to that, what else are they going to do to shore up the category?
- When will the iPod Classic finally be **** or gotten off the pot for?
- AppleTV: Let's have apps, let's be able to watch iTunes Extras please
- Um shouldn't we be talking about OS X 10.9 Ocelot and/or iOS 7 by now?
- iWork 2009, Four Years Out Of Date and Running Strong!

Apple is off the hook for the following only because we know that Haswell isn't out yet, though a spec bump wouldn't go unappreciated:
- Mac Mini
- MacBook Air
- MacBook Pro non-retina, or EOL of same

Apple is sorta-semi-off-the-hook for the following because obviously they are still being bought as quickly as they are made:
- iMac

GET IT TOGETHER, APPLE. Long periods of silence may work to your advantage as a defendant in a criminal trial. They work to your disadvantage in a vibrant technology marketplace. Guess which one you are?
Score: 3 Votes (Like | Disagree)

bushido
i smell bad iPhone numbers over here in Europe.

i know i know own experience doesnt mean anything but all i see is Samsung nowadays and people seem to have a strong opinion on the new HTC One as well.

im the only one of my close 8 friends to still have an iPhone :eek: it used to be all iPhones

maybe announce 10.9 and iOS7 on the same day to keep all those analysts calm ;)
Score: 3 Votes (Like | Disagree)
Read All Comments