Over the past several days, a number of reports have been coming out about Apple and Google being pressured by the Taiwanese government to modify their app sales policies to comply with a law requiring a one-week return and refund window on all purchases. The first mention came on Saturday from WantChinaTimes, which reported that Apple will be complying with the order.

At the request of Taipei City Hall, Apple agreed to let their phone users have a trial period of seven days, within which a user can return the app for a full refund.

Until now, Apple has not allowed any trial period for paid apps, although refunds have been available on a case by case basis through iTunes support. 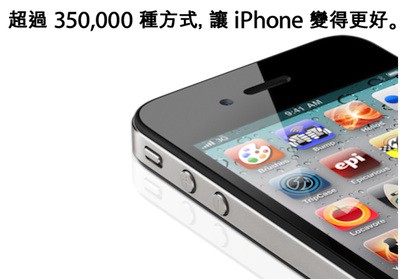 A new report from The Economic Times of India offers additional information on the situation, confirming that Apple has indeed complied with the requirement while Google has been fined $34,600 over its continued refusal to offer a 7-day refund period. That report and another one from the Taipei Times reveal that Google has gone as far as to completely withdraw its paid app marketplace in Taiwan rather than comply with the regulations. The suspension is said to continue while discussions to resolve the impasse are underway.

It is unclear what changes were made by Apple in order to comply with the refund law, and we have received no word of obvious changes in the handling of purchases made through the App Store. Consequently, it is possible that Apple is simply addressing it through its usual iTunes support procedures and simply granting refunds upon request rather than building any specific refund functionality into the purchasing system. Also unknown is whether Apple will be extending the policy to other countries.

roland.g
Screenshots and reviews are not enough. It would be nice to see iTunes show video previews from the developer showing the App in action so the customer can get a better sense on purchasing.

Not to mention whether it be iTunes categories, etc. or even sites like AppShopper, there really needs to be better information and organization when it comes to finding good Apps.

For example, I was looking last night for Apps for my kid for our upcoming trip and everything is lumped into education with no real breakdown by type, age, etc. So unless you want to go through trial and error, search through tons of apps, etc., it's like trying to sift through a mountain to find what would be useful.
Score: 16 Votes (Like | Disagree)

Piggie
I am 100% for this, and think we should demand it here.

Many times I've read the reviews of a game, downloaded it, and found out it had a horrible control system so apart from the 1st two minutes I have never loaded the app again. total waste of money and happened to me quite a few times.

I would like a refund system even if it's only for half a hour after purchase, so that if you pay and think OMG it's rubbish or it crashes, you can straight away get a refund.

To be honest, for me, even 1 hour would be plenty, 1 day a real real max. I don't see why you should need days to decide if it's any good.
Score: 12 Votes (Like | Disagree)

I'll agree with some of the above posts. I think a return period in the App store should be implemented. I think the 15 minutes Google does it too little, but the 7 days is too much. But either way, this should be a standard feature worldwide.


The main problem with this is that for most games, you can complete them within 24 hours. So, it's not particularly fair for developers that people will be able to refund games after playing them through.

goobot
A week is way to long for a software return policy. Should be a day.
Score: 9 Votes (Like | Disagree)

_Refurbished_
Give me Infinity Blade and I'll finish it in seven days. I guarantee it!
Score: 8 Votes (Like | Disagree)

lilcosco08
This is what the store over in the states needs

Bring it over here!
Score: 6 Votes (Like | Disagree)
Read All Comments