The upcoming iPhone 13's rear camera bump is set to be thinner and protrude less from the device, according to recent rumors. 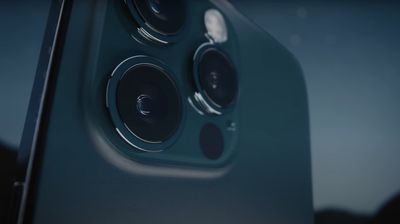 Weinbach explained that the ‌iPhone 13‌'s camera module will not be completely flat, but each lens will protrude less from the main body of the device. The immediate run-up to the camera module will also be smaller, reducing the entire camera system's thickness.

This broadly matches up with a report coming from Japanese site MacOtakara, which said that the ‌iPhone 13‌'s rear camera unit is expected to increase in size by 0.9mm, but Apple will shift to a design that "covers the entire camera unit with sapphire glass." The lenses are expected to protrude less in a design that is more similar to the 2020 iPad Pro, which does have a camera bump but less protrusion when it comes to the lens design.

Every new iPhone model since the first-generation iPhone SE has featured a camera bump, with the camera module protruding from the body of the device. While older iPhones such as the ‌iPhone‌ 4 and ‌iPhone‌ 5 had a completely flush camera, the protruding camera has become a mainstay of the ‌iPhone‌ in recent years.

The first-generation ‌iPhone SE‌ from 2016
So while Apple does not yet seem to have advanced camera technology sufficiently to completely flatten the camera bump, things appear to be heading in the right direction with the ‌iPhone 13‌.

Weinbach also claimed that the ‌iPhone 13‌ will feature an always-on 120Hz display, a fingerprint-resistant coating, improved sound quality during calls, a matte black color option, improved battery life, and an improved Portrait Mode that makes better use of the LiDAR scanner.