Apple on late Friday evening added a "while supplies last" notice to its iMac Pro product page worldwide, and removed all upgrade options for the computer, leaving only the standard configuration available to order for now. 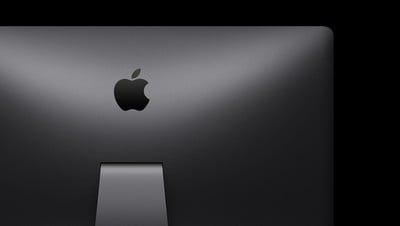 We've since confirmed with Apple that when supplies run out, the iMac Pro will no longer be available whatsoever. Apple says the latest 27-inch iMac introduced in August is the preferred choice for the vast majority of pro iMac users, and said customers who need even more performance and expandability can choose the Mac Pro.

The latest 27-inch iMac features a 5K display with True Tone and a nano-texture glass option, up to a 10-core 10th-generation Intel Core i9 processor, up to 128GB of RAM, up to 8TB of storage, up to AMD Radeon Pro 5700 XT graphics, a 10 Gigabit Ethernet option, a higher-resolution 1080p camera, improved speakers and microphones, and more.

While the Intel-based 27-inch iMac is Apple's recommendation right now, rumors suggest that a redesigned iMac with a next-generation Apple silicon chip and a design inspired by Apple's high-end Pro Display XDR will be released later this year, so many customers may want to exercise patience. It's unclear if an Apple silicon version of the iMac Pro will ever be released, but it appears unlikely at this point.

Released in December 2017, the iMac Pro received no substantial hardware refreshes over its lifetime.

MacDevil7334
Not surprising. The iMac Pro was always a stopgap product to bridge the gap between the 2013 trashcan Mac Pro and the current Mac Pro. It doesn’t offer the expandability of a true Pro machine and doesn’t really need to exist anymore.
Score: 90 Votes (Like | Disagree)

This is probably still the initial production run which is why it never got a spec bump. Who would have thought demand would be low for a $5000 and up all-in-one.

While supplies last on this machine probably means it will be available through 2035.
Score: 65 Votes (Like | Disagree)

kevinpdoyle
Looking forward to that M iMac which likely blows the iMac Pro away
Score: 65 Votes (Like | Disagree)

Morod
Apple really needs to update its hardware from time to time.
Score: 61 Votes (Like | Disagree)

Apple really needs to update its hardware from time to time.

That would require having a CEO who actually gave a **** about the company's products instead of a bean-counter only concerned with milking a cash-cow
Score: 60 Votes (Like | Disagree)

Apple really needs to update its hardware from time to time.

It's pretty amazing how many products they release once and never upgrade.
Score: 37 Votes (Like | Disagree)
Read All Comments