Apple is looking to begin iPad production in India by participating in a new government proposed scheme to increase India's exports of computer parts and products, according to sources cited by Reuters. 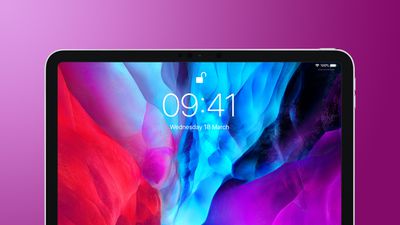 Last year, Indian Prime Minister Narendra Modi launched a new PLI (performance-linked incentive) scheme to encourage major companies, such as Apple, to produce more products in the country. The scheme has a government budget of nearly $1 billion and offers suppliers and manufacturers a cashback for exports.

The new scheme, reported today, is aimed directly at boosting the production of IT products such as tablets, laptops, and servers. Apple is reportedly among a group of companies lobbying the Indian government to increase the budget of the new proposal to $2.7 billion, to compensate for the lack of supply chain infrastructure needed to produce IT products, such as tablets and the ‌iPad‌.

A source cited by Reuters says that the Indian government "is asking Apple to get iPads assembled by its contract manufacturers here, the non-Chinese companies." Currently, three Apple suppliers operate in the country: Foxconn, Wistron, and Pegatron. Out of the three, it's not clear which one would be responsible for producing the ‌iPad‌, or which ‌iPad‌ model would be produced.

A report by Nikkei Asia last month reported similar ambitions by Apple to increase local production of the ‌iPad‌, alongside the iPhone and Mac in India. The report cited production beginning as early as the middle of this year, which seems to line up with the expected announcement of the new Indian PLI scheme.

A number of Apple suppliers have already begun operations in India. Last year, ‌iPhone‌ supplier Pegatron reportedly increased its investment in India to $150 million, and an earlier report cited that Apple may be planning to produce up to $40 billion worth of smartphones in the country.

Despite the efforts by the tech-giant to boost the production of products outside of China and into India, recent riots have put a dampener on the pace of those efforts. In December, workers at a factory owned by supplier Wistron went on a rampage, ransacking and damaging the site over claims of unpaid wages. In response, Apple placed the supplier on probation and found that it had violated its "Supplier Code of Conduct." Apple has yet to remove the supplier from probation.

What are you on about? Every (LARGE) company would want a decent deal from govt for their business to be stable and sustainable. Since China is neither stable nor sustainable, Apple has diverted it's attention to India. Isn't that the standard procedure for all businesses around the world?
Score: 8 Votes (Like | Disagree)

Frign
You are forgetting one thing: India is forcing Apple to produce there, because they otherwise are more or less barred from the market (see this article ('https://9to5mac.com/2016/05/25/report-indian-government-rules-apple-must-sell-30-locally-made-goods-to-open-retail-stores/') from 2016, but the mentioned waiver didn't come to fruition). I'd love to see this in other countries as well, so we see more diverse supply-chains and avoid another ****-show that was 2020 in regard to breaking supply-chains.

When India enacts economic protectionism, everyone cheers and calls it their free choice, but when anyone brings it up here in the west for western countries, they're criticized and, in the worst case, called an extremist.

I'd really love to see manufacturing move back into the EU and US, despite the higher prices.
Score: 4 Votes (Like | Disagree)

koruki
"Lobby" in America is pretty much bribe in other countries lol, they just can't get a masters degree in it.
Score: 1 Votes (Like | Disagree)

Can we get Tim Apple's formal opinion on this process? Or is he too busy counting his money?

No, he's busy making sure Apple can meet the demand for Apple products; such as manufacturing/testing/shipping roughly 600,000 iPhones every single day of the year (on the average) to customers all around the world.

I've never seen any evidence of him coveting or displaying trappings of personal wealth.
Score: 1 Votes (Like | Disagree)

madrigal77
Awesome. Everyone should move all manufacturing out of China. Bankrupt the disgusting CCP!
Score: 1 Votes (Like | Disagree)
Read All Comments

Wednesday December 29, 2021 4:23 am PST by Hartley Charlton
Apple has put Foxconn's factory near Chennai in southern India on probation following worker protests and the discovery of substandard living conditions (via Bloomberg). The factory in Sriperumbudur, which assembled iPhone 12 models prior to operations being suspended, has been shut down until "necessary improvements" are made. An Apple spokesperson told Bloomberg:Following recent concerns...
Read Full Article • 206 comments

iPhone 13 Mass Production Set to Begin in India From February

Tuesday December 21, 2021 12:59 am PST by Tim Hardwick
Apple will see flagship iPhone 13 production begin on Indian soil early next year, courtesy of Foxconn's factory in Chennai, reports the Economic Daily News. The plans come following a reported improvement of semiconductor supply in the region, as well as a successful trial production run of the 6.1-inch iPhone 13 by Foxconn. Mass production is set to start in February, and the Foxconn...
Read Full Article • 42 comments