Following a busy fall season in which Apple hosted three events in as many months, the company may have one more product announcement in store this year. 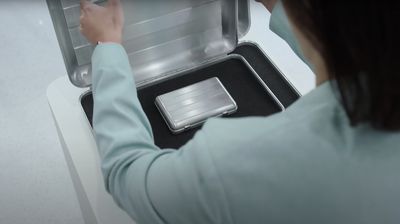 In an internal memo this week, obtained by MacRumors from a reliable source, Apple informed service providers that it has AppleCare-related changes planned for Tuesday, December 8 at approximately 5:30 a.m. Pacific Time. Specifically, Apple has advised technicians to prepare for new product SKUs, new/updated product descriptions, and new/updated product pricing, according to the memo.

Apple has issued nearly identical memos ahead of several previous product announcements. Shortly after announcing its iPhone 12 event this year, for example, Apple advised technicians to prepare for the same AppleCare-related changes on October 13 at approximately 10 a.m. Pacific Time, which is when the event began.

While it is unlikely that Apple will be hosting another event this year, 5:30 a.m. Pacific Time has been a common time for Apple to issue press releases introducing new products, such as a new 13-inch MacBook Pro in May 2020, the 16-inch MacBook Pro in November 2019, and second-generation AirPods in March 2019.

Last month, cryptic-yet-reliable Twitter user "L0vetodream" tweeted that there will be a "Christmas surprise from Apple," but it remains unclear which product(s) might be announced next Tuesday, if any. There have been countless rumors about Apple's item tracking AirTags, AirPods-branded over-ear headphones, and a new Apple TV with a gaming controller, but it is unclear if any of these products are ready to launch in 2020.

Given that AppleCare changes are expected, it is likely that any product(s) announced next Tuesday would have AppleCare+ coverage available, so we could be looking at new hardware. However, in the interest of tempering expectations, it is possible that the announcement could be for a minor accessory, or that no announcement transpires at all.

All in all, we'll be keeping our eyes on the Apple Newsroom for a potential announcement next Tuesday at 5:30 a.m. Pacific Time.

Braderunner
Please be a new Apple TV. Probably not, though.

MakeAppleAwesomeAgain
32 GB AS Macbook Pro with 4 Thunderbolt ports and support for multiple displays.

That would piss off so many people ?
Score: 29 Votes (Like | Disagree)

breather
An Apple TV with M1. That would be interesting. I wonder what you would be able to do and play on such a device.
Score: 22 Votes (Like | Disagree)

tekchic
Better be an AppleTV with an updated chip that's not from 2017!

I know the second I break down and buy the 4th gen one, it won't be compatible with new Apple Arcade games and the new one will come out right after, haha.
Score: 20 Votes (Like | Disagree)
Read All Comments

Friday October 8, 2021 6:56 am PDT by Joe Rossignol
Apple this month started including 7-day complimentary AppleCare+ coverage with new products purchased through its stores in Australia, including any new Mac, iPhone, iPad, Apple Watch, Apple TV, AirPods, HomePod mini, and more. The complimentary coverage is automatically included with the purchase of a qualifying new Apple product. The addition was brought to our attention today by...
Read Full Article • 84 comments