It is not known what Apple will do with the building, but a description of the real estate listing suggests it could be used for manufacturing or research and development. Analysts the Silicon Valley Business Journal spoke with believe it's likely to be used as research space for prototyping given its small size, and Apple said in a statement it is expanding into San Jose with office space and research and development facilities. 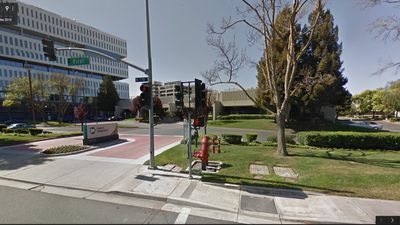 Asked for comment, Apple provided an emailed statement that reads: "As we continue to grow, we're planning to build R&D facilities and some additional office space in San Jose. The property isn't far from the future home of our new campus and we're looking forward to expanding our presence in the Bay Area."

In recent months, Apple has been purchasing large swathes of land around the Bay Area, primarily in North San Jose. Apple purchased a 296,000 square foot research and development building in May, it leased a 43-acre development site in August, and it leased a 202,000 square-foot office building in October. Much of the property may be turned into a massive 4.15 million square foot campus, according to talks Apple has had with San Jose city officials.

Apple has also purchased a 770,000 square foot campus in Sunnyvale and it has leased 76,000 square feet of office space in the popular South of Market (SoMa) neighborhood in San Francisco.

samcraig
2020: Apple completes its purchase of California. Forms its own country.
Score: 10 Votes (Like | Disagree)

Rogifan
Apple is sure buying up a lot of real estate for a doomed™ company.
Score: 4 Votes (Like | Disagree)

JeffyTheQuik
Been in that fab. It is a small one, so R&D would be a good use of the plant, but the land on 1st Street would be worth a lot.
Score: 2 Votes (Like | Disagree)

iCloudStrife
"When asked about its recent acquisition of Io, the fourth-largest moon of Jupiter, a representative of Apple was quoted as saying: 'Apple buys smaller celestial bodies from time to time, and we generally do not discuss our purpose or plans.'"
Score: 1 Votes (Like | Disagree)

I wonder why Samsung sell it.

They didn't. In the very article you quoted it says:

"Maxim closed the "X3" facility in July. It had originally acquired the plant from Samsung back in 1997. It sits next to a new 10-story building now under construction by Samsung Semiconductor, and is surrounded by buildings used by Cisco and a variety of other network and semiconductor firms."

Apple bought it from Maxim not Samsung.
Score: 1 Votes (Like | Disagree)
Read All Comments